Beyond The End of Time: An Orchestral Tribute to Chrono Trigger 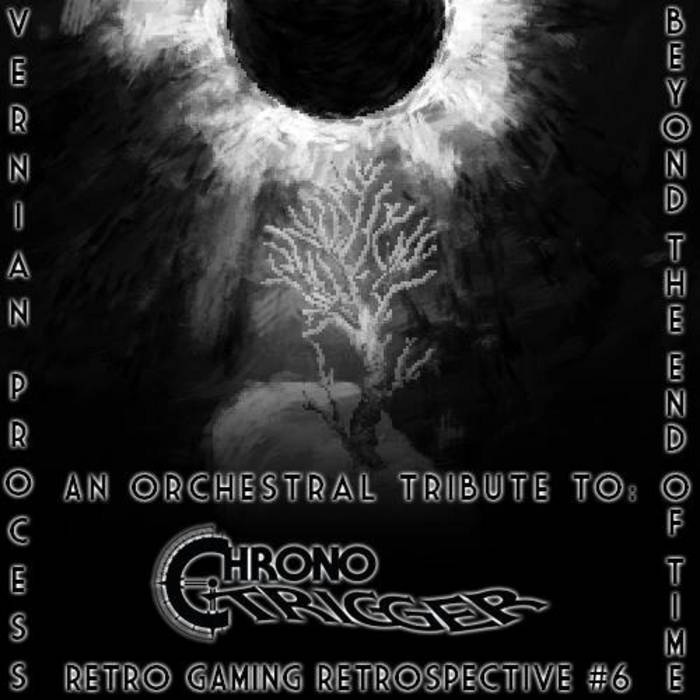 (Disclaimer: This page is here purely for previewing purposes.. Downloads have been disabled to avoid overloading our monthly bandcamp bandwidth. Please refer to the bottom of the page for the download link.)

There are two types of people in this world. Those who love Chrono Trigger, and those who have yet to experience it. Few games have made such a tremendous impact in the medium of Video Games. It was a title that broke new ground in the RPG genre. With a strong, epic multi-layered story (that more often than not would turn tropes and genre conventions on their head), unique gameplay mechanics, fourteen different endings, and hours upon hours of content just waiting for the player to discover.

It's easy to see why the adventures of Chrono and friends are so wildly popular amongst gamers of all ages and tastes.

For this release I approached each age with its own sonic palette. Most of the 1000, and 600 AD pieces were approached in a very traditional symphonic/orchestrated style. While the tracks for 2300 AD feature retro-electronic elements mixed into more traditional instrumentation to capture that ages decayed, technological atmosphere. Likewise the pieces in the 65,000,000 BC age all feature a heavy emphasis on percussion, and tribal beats. Where the music of the Kingdom of Zeal in 12,000 BC are done in a more ethereal, dreamlike style to represent that age's reliance on magic and mysticism.

This album took six months to complete, from planning to final mastering. It feature fifty tracks pulled from the Original Sound Version of the soundtrack. This is my gift to all of my fellow Chrono Trigger fans. To those of you who have yet to experience the joys of time travel, hopefully this will inspire you to give Chrono Trigger a chance. You won't regret it.

Please see: tinyurl.com/kvrzqd9
for a link to the download, as it is against Bandcamp TOS to post direct links to external files.

Drawing inspirations from legendary authors such as H.G. Wells, H.P. Lovecraft, and Jules Verne, they weave the spirit of science fiction and fantasy effortlessly into their music. Progressive rock, neoclassical, post-punk, tribal styles, carnival tunes, and more collide with anachronistic results. Established in 2003, they are globally recognized as the pioneers of the steampunk music movement. ... more

Bandcamp Daily  your guide to the world of Bandcamp

Featuring Oakland sounds from the Smart Bomb collective and Samplelov.